SKF - surprisingly good economic read-across but what is factored in?

SKF - the Swedish ball bearings / lubricants company - is always a bell weather European industrial to follow given their extensive global and multi-sector sales profile.  As I have noted before, it is surprising where their products end up:

Back in December the company produced a shabby trading update...with some clear conclusions:

" 'Sales for the fourth quarter are broadly in line with the outlook given in the nine-month results however the mix of sales has been unfavorable. This in combination with a slightly lower manufacturing than planned is expected to have a somewhat negative impact on the quarterly result compared to the previous quarter'...As SKF is a short-cycle business with its finger on the pulse of European economic conditions...this is not good."

Looking at the headline numbers published earlier today, you can see it was not a classic year for SKF.  Falling organic sales and margins and negative cash flow plus - as mentioned in the December write-up - the messy anti-trust fine of SEK3bn too. 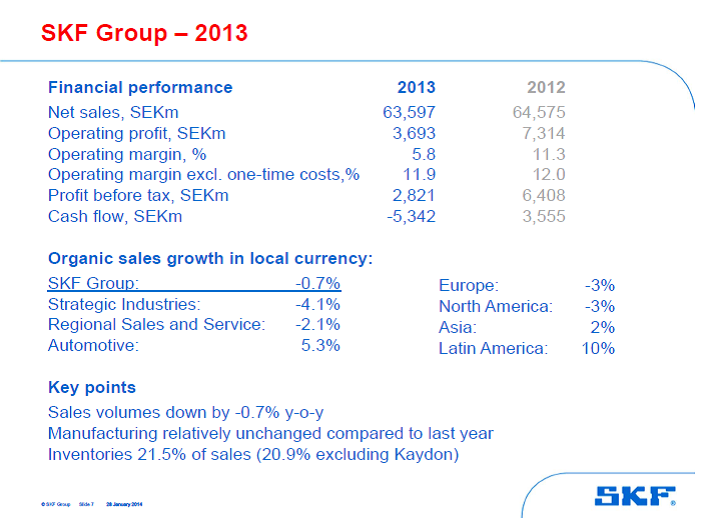 Surprisingly though, organic sales growth (in local currency) did improve throughout the year.  That was certainly not the tone from the statement in December. 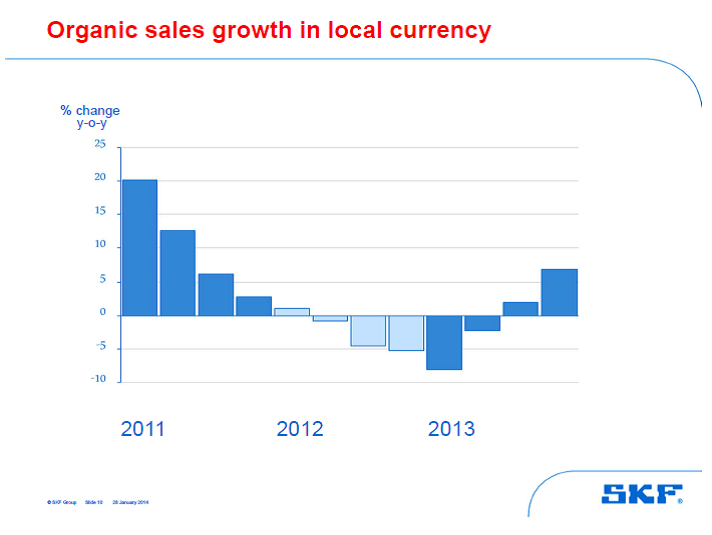 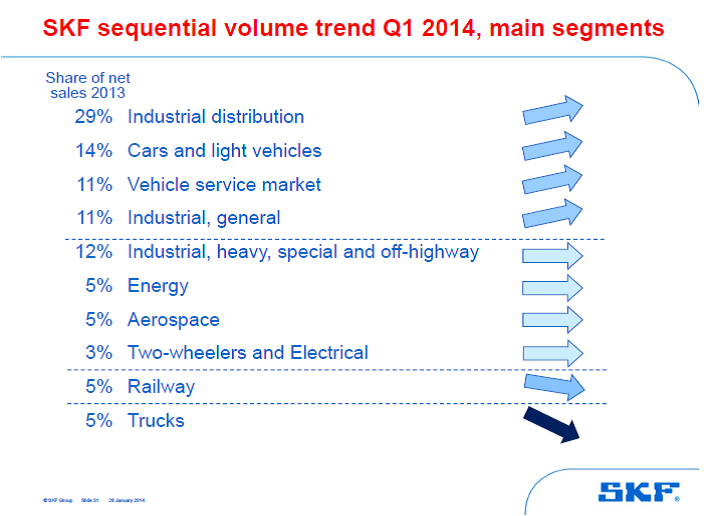 However it is not all positive news though.  Whilst sales growth momentum is positive, price-mix racked up its third successive negative quarter.  The numbers were not disastrous but for a company who for years had positive price-mix it is certainly indicative of a different sort of market. 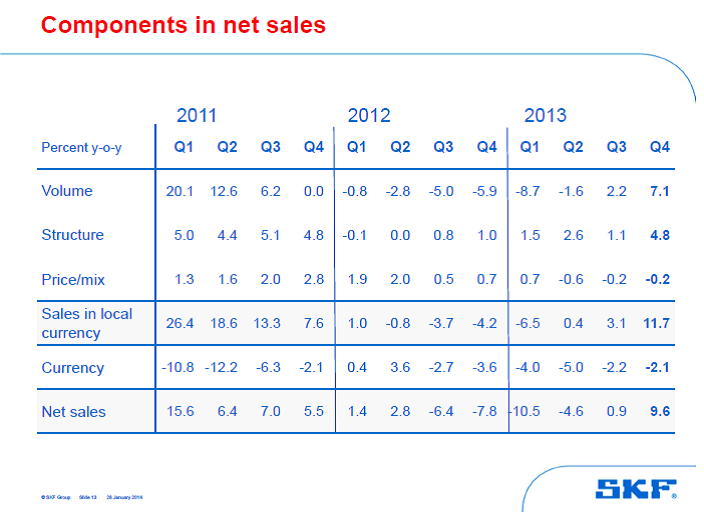 Overall though the company's prospective outlook - outside Latin America - has positive aspects to it.  Compared to the earlier comments by Siemens and Philips (see the link here) these comments appear more positive.  Given SKF is a shorter-cycle business this implies there is some momentum in the developed world (akin to the insights given by the manufacturing PMI numbers in the US and parts of Europe).  Similarly, the more lacklustre Chinese manufacturing PMI numbers have undoubtedly influenced the flat sequential trend should below...but not the year-on-year comparison remains strongly positive.  That sounds workable to me. 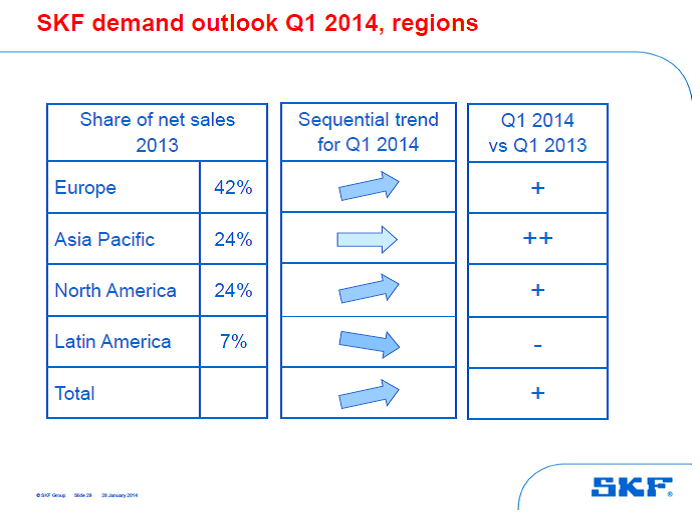 So putting it all together, the tone of the prospective SKF numbers are actually quite optimistic for the global economy.  No wonder the share jumped just under 6%, close to the SEK180 resistance level the share has struggled with over the last six months or so.

So why did the company not raise their dividend further?  At 3.1% the dividend is already fairly attractive but recent M&A deals combined with the aforementioned negative cash flow has clearly had an influence.

What I find interesting is that - as with Caterpillar (see link here) - SKF's valuation at x13 EV/ebit even with a bounceback to the FY12 operating profitability level already factors in some cyclical improvement.  Additionally - and also akin to Caterpillar - the shares are back close to a resistance level.

So bizarrely whilst the news from SKF, as a read-through is good, the share has already factored this in to some extent.  Scope for the share to struggle to decisively break the SEK180s?  Quite high I would say, unless you are very optimistic about the world.
Posted by Chris Bailey at 18:20