Richemont - same as but everyone talking about structural concerns

I last wrote about the Swiss luxury company Richemont back in November (link here).  Back then, the key quote from the company's release was 'lower sales in mainland China, largely reflecting a prudent consumer sentiment after several years of exceptional expansion'.

So how about the trading update today?  Well, spot the difference...

If I take a look at the overall results - as I noted with the Burberry results yesterday - exchange rates have had an impact: that's quite a difference between 9% constant exchange rates sales growth year-on-year, versus the actual figure of 3%.  The big impact here has been in Japan unsurprisingly with the weak Yen. 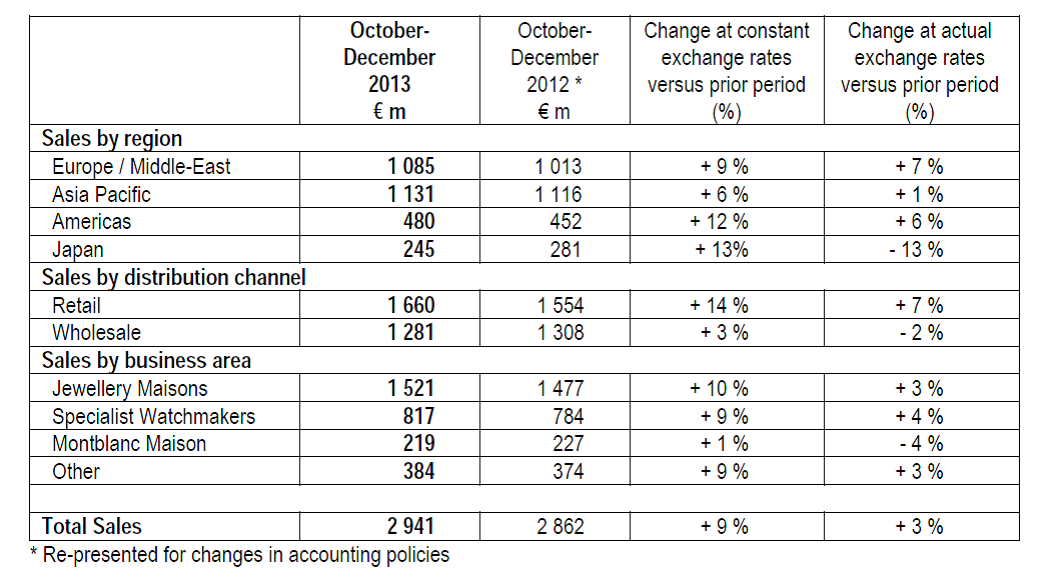 The other aspect is the weak Asia-Pacific growth driven by China.

To me - and as personified by the difference in the tone of the comments between the Burberry numbers yesterday and Richemont today - there is a material gender divide, with watches, spirits and typical 'male' gifts being impacted by the crackdown more than 'female' gifts of handbags, scarfs and related. I still think this is the case but more generally I believe a contrast between the headlines and some of the valuations is starting to build up.  The malaise overhanging luxury sourced from China is starting to be perceived in a more structural way. Take this from Goldman Sachs (as reported by CNBC.com) today:

Adding to this notion of a structural Chinese impact, Fast FT noted this morning that the Hurun Report's 2014 China Luxury Consumers Survey said that the number of wealthy Chinese who plan to give a gift worth over Rmb5000 (US$826) has declined by a quarter year-on-year.

I think the building danger here is that the baby is thrown out with the bath water...and that can provide opportunities for investors.

On Richemont specifically, I am still awaiting the CHF80 level I noted in November.  The above concerns may drive the share price there during the next few months.  The big picture Chinese luxury story continues and easy comparisons are coming despite the ongoing government crackdown.  As always be greedy whilst others are fearful...

Email ThisBlogThis!Share to TwitterShare to FacebookShare to Pinterest
Labels: luxury