Potash Corp, 3M and Exxon: the key chart from their earnings presentation pack

Serious corporate newsflow overload today, so let's cut to the chase.  Three large North American companies (Potash Corp, 3M and ExxonMobil).  What's the key chart from their presentation pack and what should investors be doing in terms of buying/selling the shares.

First, Potash Corp.  Earnings fell in 2013 versus 2012...and are expected to fall in 2014 versus 2013 too.  The Ukrainian/Russian disputes over pricing have continued to overhang the potash marketplace.  Nevertheless operating rates are holding up.  Still, put much lower prices with slightly tighter capacity utilisation...and it is still messy. 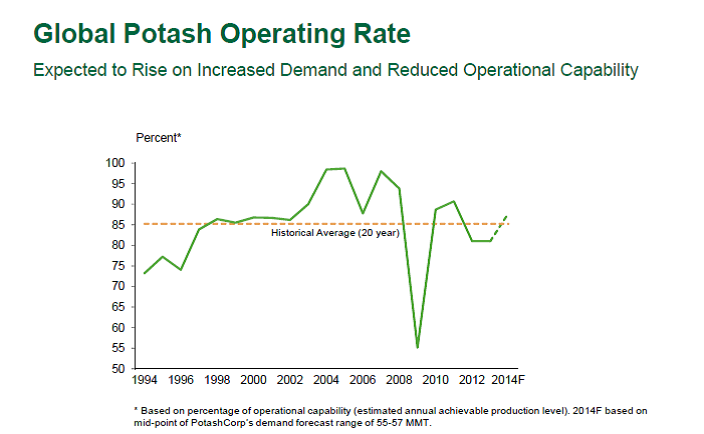 Potash Corp remains messy.  Even after a sharp fall today, re-review sub US$30 where some support has been apparent over the last six months, but not before.

3M is a properly diversified industrial-consumer concern.  Pricing accounted for over 100% of the operating profit margin uplift.  From a longer-term sustainability perspective, this shows they are doing something right in their diversified portfolio. 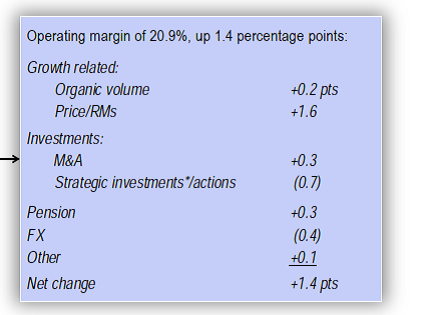 Underlying profits are estimated to grow mid single digit, EPS around 10%.  A prospective x12.5 EV/ebit rating for that?  It is getting closer.  Sub US$120 would be good risk-reward.

Exxon Mobil remains in dull mode.  This chart captured it perfectly: earnings would have decreased year-on-year in any case, but lower gains from divestments hit the numbers further.  Good job it pays a 2.5%+ dividend. 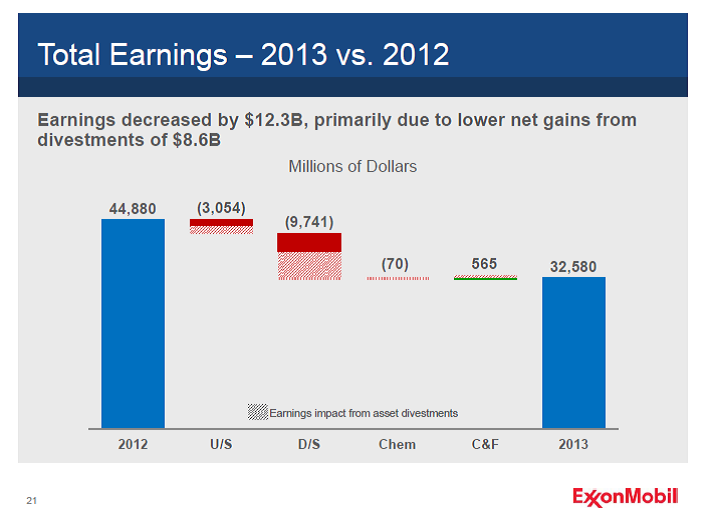 The shares remain almost in the middle of their 52 week range.  Sub US$90 and probably in the US$88s look more fertile technical support areas.