Pearson is different things to different people.  Most people in the investment industry will think about The Financial Times.  Others will cite Penguin Books but the real heart of the business today is education.  Who knew that the company had the biggest corporate education revenues in the world?  The education division now accounts for 80% of the company's profits. 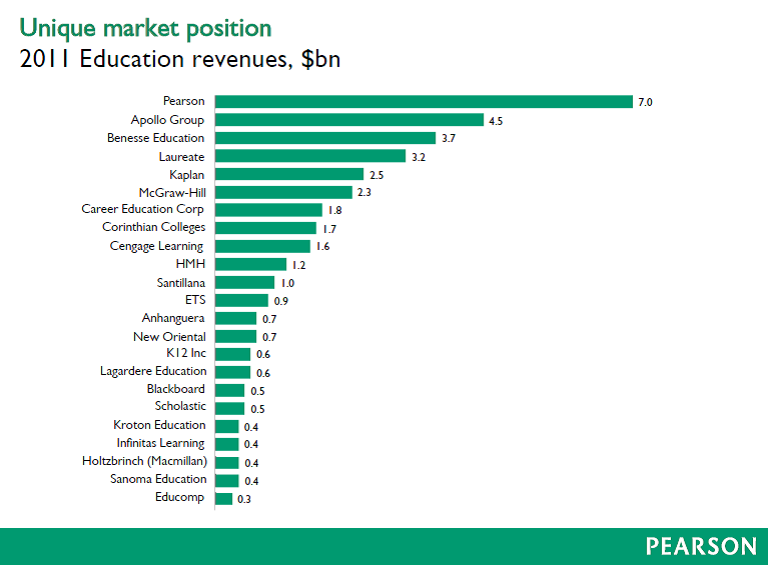 At one level though there is a clear link...and that is education as well as book or newspaper publishing is progressively going digital.  As of 2012 digital and associated services was 50% of Pearson's revenues. 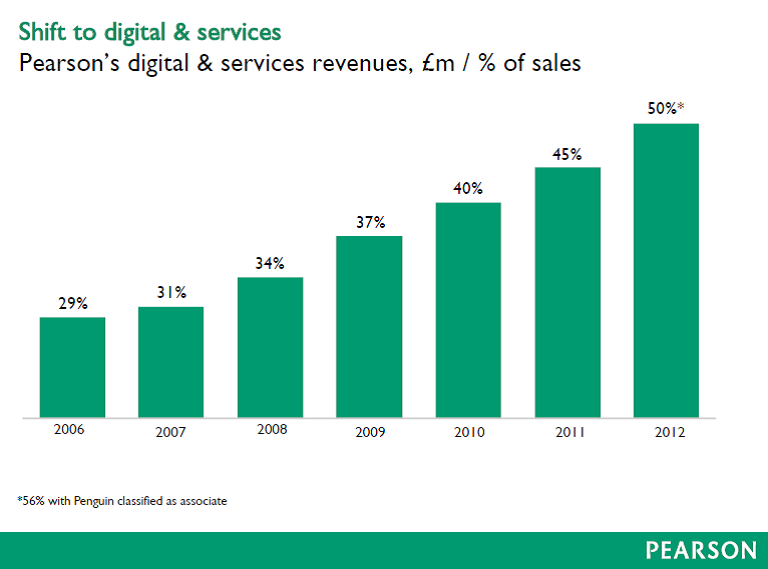 Education and digital are global mega-themes - but this does not mean they are immune from transitory issues.  Take today's trading update from the company as an example:

'Pearson faced tough market conditions throughout 2013 as cyclical, policy-related and structural pressures affected our education publishing and assessment businesses in North America and the UK, our two largest markets'.

Now the issues are not particularly new (state budget pressure, lower higher education enrolments due to austerity related issues) but they are continuing.  At an underlying basis it will mean FY13 turns out to be a flat EPS growth year - despite all the exposure to global mega-themes - and after a bunch of restructurings, will show a reported EPS decline.
So put it on a mainstream EV/ebit valuation multiple and be done then?  Well that would get you back to a near £10 share price level, which was last seen in mid-2011.
Pearson has one trump card to play...and that's its balance sheet.  The net debt to ebitda ratio remains below one times.  The scope for the company to utilise this balance sheet strength remains clear. 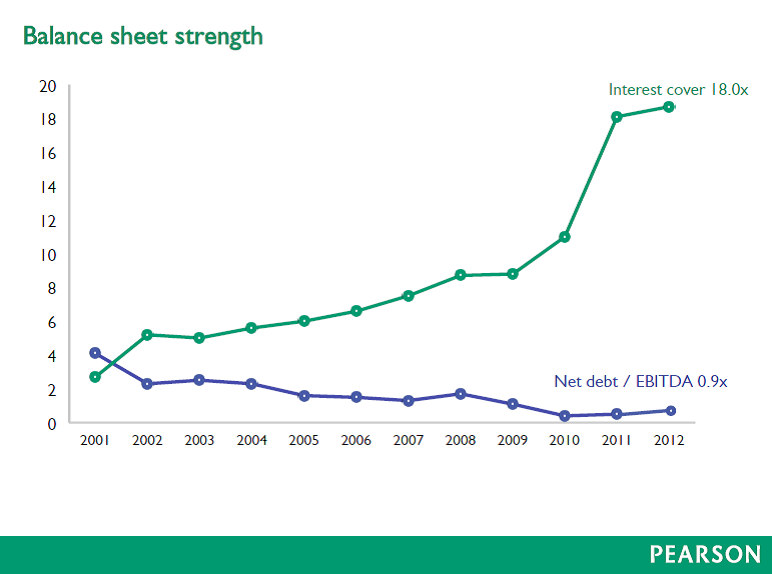 With John Fallen the CEO still relatively new to the job, the pressure will always be for new deals to strike out towards a new vision. My view is though - as shown by the continued restructuring spend - the company's main task is to fully leverage the assets it has, ensuring that the increased digitisation is more of an opportunity than a threat.  Beyond minor M&A I would not do a big deal but reward shareholders.  The dividend yield is already over 4% (and has steadily risen in absolute terms) but the scope for a special dividend - used with such effect by Next and Easyjet amongst others - recently is very clear.  That is one way to help keep the share price up whilst the company works through these transitional issues.

Factoring in the scope for this, the aforementioned dividend yield and the underlying themes the company is exposed to, I have bought a starter position below £12 a share and will augment each new £1 down.   A Pearson firing on all cylinders is probably worth £14+.  Whilst it is not, the company needs to reward its existing shareholders further.

Email ThisBlogThis!Share to TwitterShare to FacebookShare to Pinterest
Labels: media