It was only last week that I posted about Lenovo buying the small server division of IBM.  Yesterday they announced a deal to buy the smartphone company Motorola Mobility from Google for just over US$2.6bn (with around US$700m being paid in Lenovo shares).

Do these deals reflect the continued rise of the Chinese in global business life?  To some extent - of course - yes, but that is not the big initial focus.

Lenovo may be the number one PC company in the world and the number two mobile company in China (with a near 12% market share) but, as the chart below shows, they have a very limited profile elsewhere.

Lenovo is a competitive company and they note that smartphones are becoming more important relative to PCs, therefore their business has to shift too... 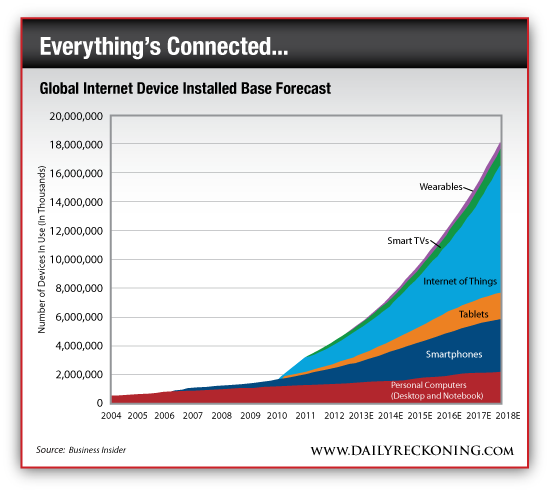 ...and hence a link-up with Motorola Mobility makes complete sense. Look how Lenovo summarise Motorola Mobility's strengths: a 'portfolio of well-known products...strong relationships with retailers and carriers'. As noted in one of the charts above, suddenly Lenovo have got share in the Americas to play with. 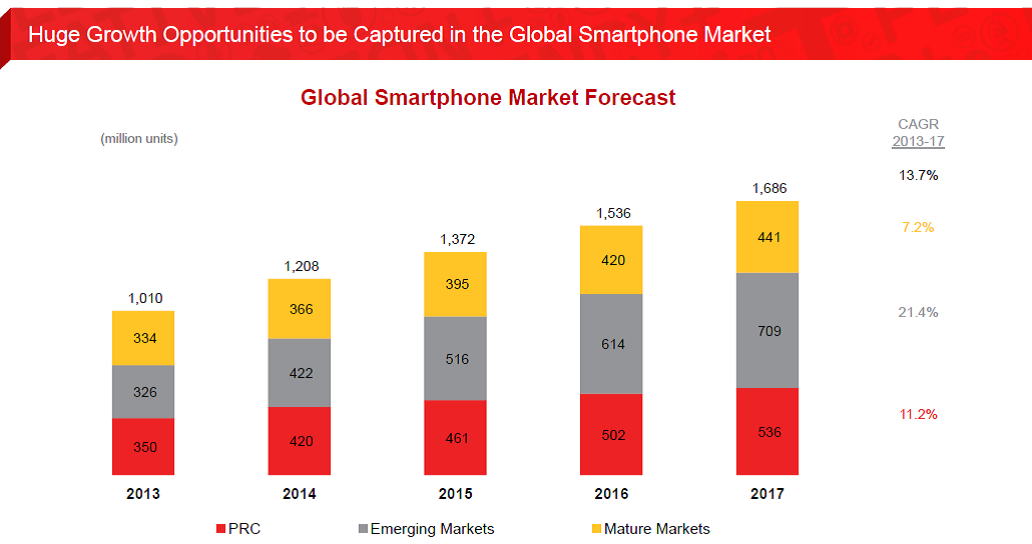 Short-term - as shown by the -8% move today on a weak day in the Asian markets - the market will worry about the deal, just as it did with the IBM Server deal last week, as they will now move into a net debt position.  Strategically though you cannot bet against this approach.  Smartphone markets are competitive but no other Chinese company will have the distribution in 'the West' that Lenovo are building and no established smartphone company has the equivalent of Lenovo's distribution in Asia, with the exception of Samsung.  What Samsung doesn't have though is Lenovo's new ability to bundle PCs, servers and smartphones together.

What I really want to see are some updated corporate numbers from Lenovo to see how the 'old' business is getting on.  Back in the Summer I established a HK$9+  target for the shares which led to me selling my position during November.  I like the strategy these recent deals have illustrated but a share price inevitably is a balance of this and shorter-term trading numbers as well.  So I remain on the sideline with the share for the moment but am watching it closely.

And what about Google with this deal?  Well they retain the mobile patents and have just helped provide a bigger global platform for one of their favourite Android operating system companies.  As for the US$2bn odd...relatively speaking loose change for them.
﻿
Posted by Chris Bailey at 06:49