Yesterday I posted on why China's GDP growth numbers were not the key statistics to be watching.  Well today the Shanghai bourse pushed back over the psychologically important 2,000 index point level helped by a special liquidity injection which calmed the interbank market.

Additionally as Bloomberg report here, strong first day listing demand is back too:

'Seven of the eight Chinese companies that started trading in Shenzhen today were suspended from trading...after share prices exceeded limits set by the city’s stock exchange (of a 44% gain!)'

Two issues I did not mention in yesterday's article was statistical veracity and inequality.  Many have doubted some of the published numbers on the Chinese economy and this chart nicely captures some of the discrepancies - depending if you build it from central or local government stories:

A problem?  Well I think it is a global problem.  Remember those three Q3 GDP revisions in the US a month or so ago?

Inequality has been a big issue globally.  I came across this chart looking at international trends in inequality (as measured by the share of national income going to the richest 1% of the population).  That's a pretty clear trend over the last generation or so. 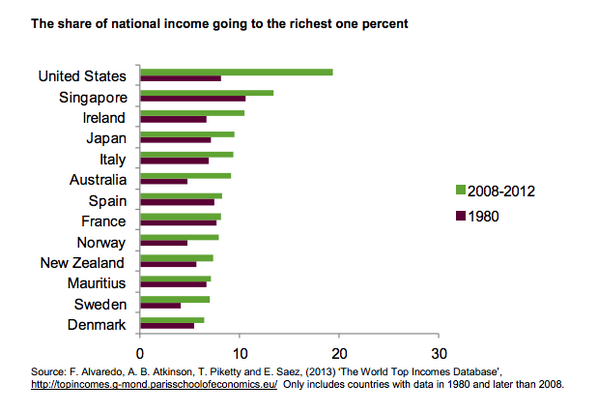 I don't have data for China's top 1% (you would expect as this would be broadly Chinese Communist Party cadres / supporters it would be similar) but the broader trends in the country bear note.  Over the last decade there has been a slight reduction in the urban/rural income ratio in the country.  This is good news for Chinese growth sustainability which rests now more with the 'tier 3 and tier 4' cities in China's interior as well as the rural population per se.  Getting people there to feel confident enough to buy a computer, digital TV and aspire towards a car is the next leg of consumption growth. 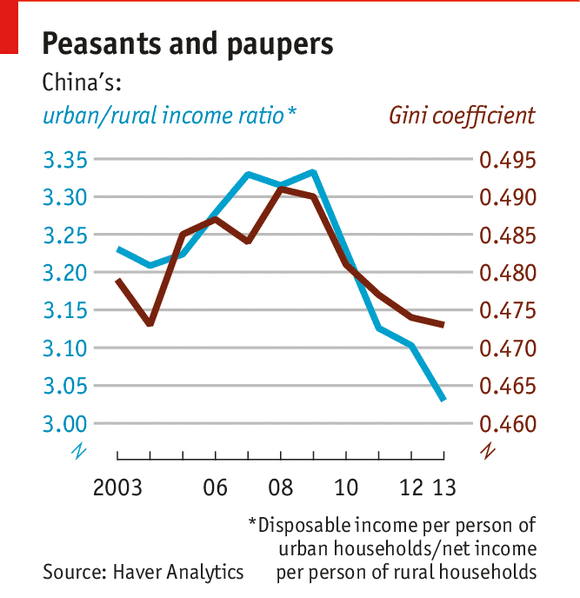