China and the numbers...and why GDP isn't the number you should watch

It is a rare economy that can disclose a 7.7% economic growth rate in 2013 - unchanged from the previous year - but for this rate to be the slowest level since 1999.  That's China though. 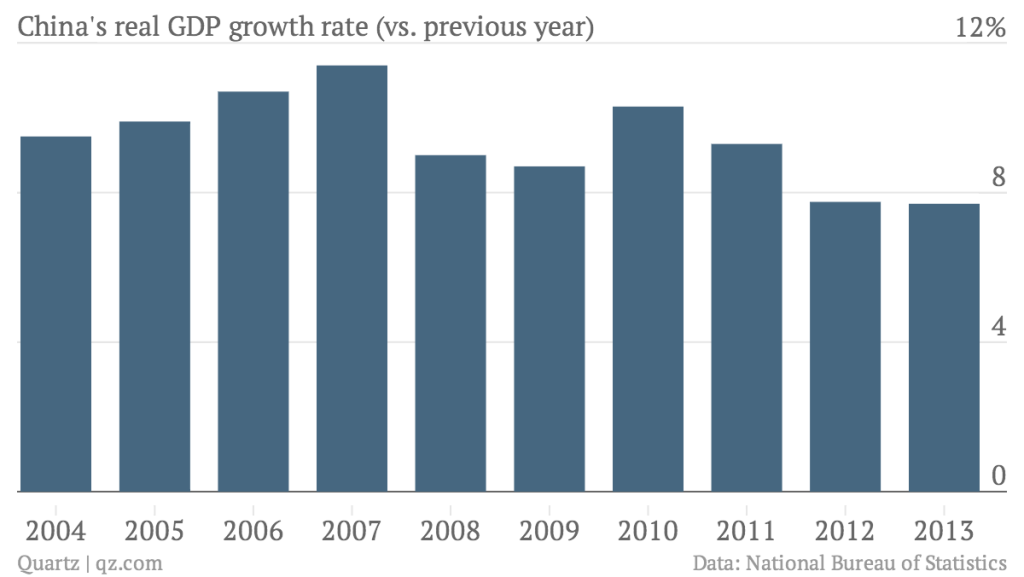 The single number that is getting all the headlines today is, of course, the Chinese economic growth one...and that's a shame because arguably that is the number that China watchers and global investors should be looking least at today.

The 7.7% number at least matched analyst hopes but scrape below the surface and some dichotomies are emerging.  On the plus side, as shown below, industrial output and retail sales are fine... 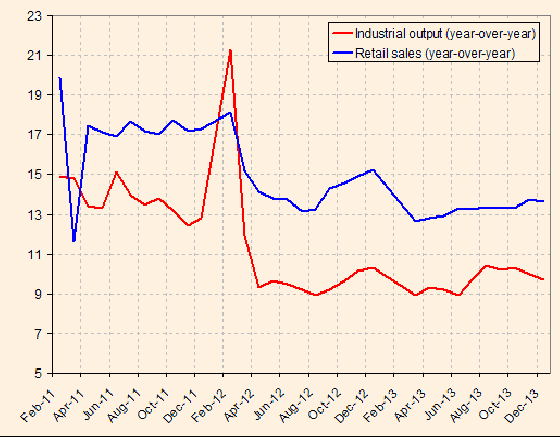 ... and - if you put the numbers together - retail sales growing consistently faster than industrial output over the last three years is continuing the required shift to a more consumption-centric economy.  This is just what the Chinese economy needs to sustain strong headline growth rates over the rest of this decade as consumption moves, over time, from the current 40%s percentage to nearer the 'Western' norm of 60% of GDP.   The rise and rise of the Chinese consumer continues apace.  That is still a strong theme for stock pickers and strategists alike.

Less good though is the observation (h/t @junheng_li) that money supply growth (defined by M2) was greater than nominal GDP growth by over 4% points, the widest gap (ex the financial crisis) since 2003.  That tells me that the Chinese government's mini-stimulus during 2013 did help support these GDP numbers.

Other numbers released included insights into the housing market. With sales of residential buildings crashing through the equivalent of US$1trn in 2013 perhaps unsurprisingly the average price of new homes rose 9.2% in 2013...and between 16-20% in Beijing, Shanghai and Guangzhou.  The need to calm down this housing market strength remains a priority - to help promote more balanced, sustainable growth - but that will not be easy. 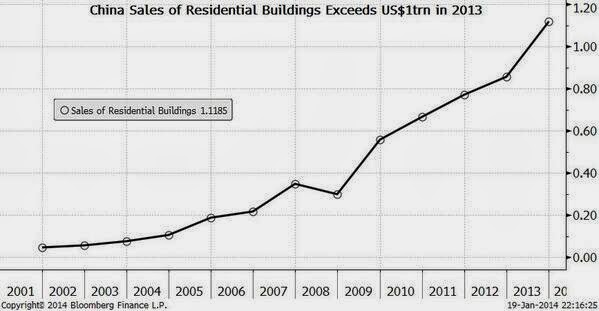 Continuing with reforms in the underpinnings to the Chinese banking markets (including the infamous shadow banking system) is also going to be important.  Possibly reflecting some of the strains and dichotomies apparent above, today China's benchmark 7-day Shibor lending rate fixed at 6.329%, the highest since Dec 23rd, and up 155.3 basis points from Friday.

Now this number - and not the GDP number - should be the one getting all the headlines.  If you want to follow how China could help or hinder the global economy, the irregular GDP disclosures are only going to be of a certain amount of use.  The daily Shanghai interbank market insights however undoubtedly are combining both fundamentals and sentiment.

The same, of course, is true about the stock market.  I note that the Shanghai bourse closed below the 2,000 index point level for the first time since the end of July last year.

Keeping an eye on the interbank and Shanghai composite levels are far more important than GDP prints.   China remains in 'interesting times' mode.  There are things to be doing but stay active and flexible: the world's biggest emerging market may seem logically a 'buy-and-hold' investment but I don't think that is the case at all.
Posted by Chris Bailey at 07:16