Apple numbers after the US close on Monday threw up some insights...and concerns with the share down over 7% in after hours trading.

I am not going to reinvent the wheel here.  There is plenty of good analysis on the company available across the internet (for example here).  In essence what it comes down to is that, for a country with a revenue base bigger than many other countries in the world... 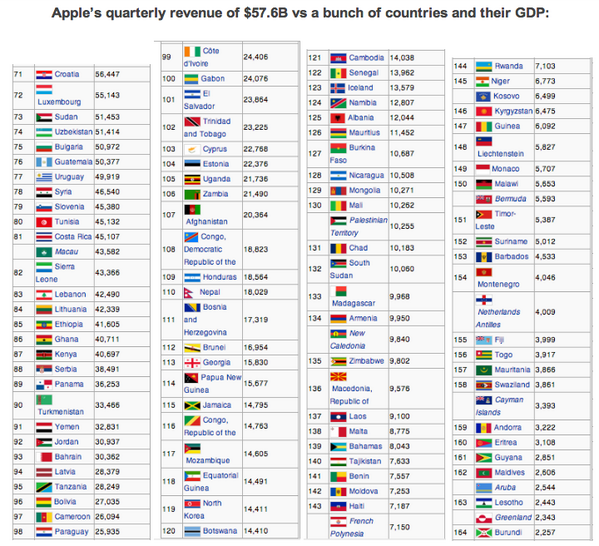 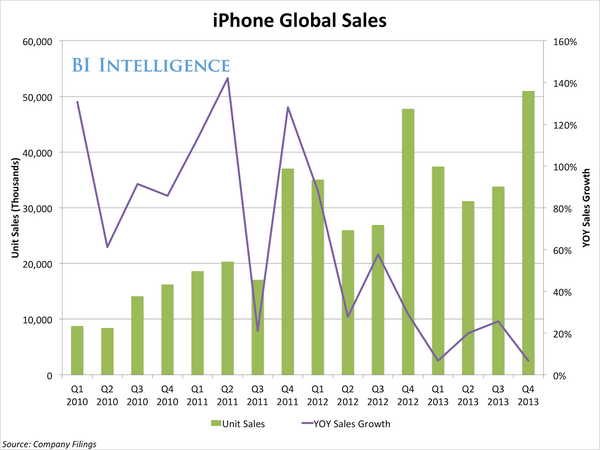 ...and this is leading to clear fears that the company is going ex-growth too: 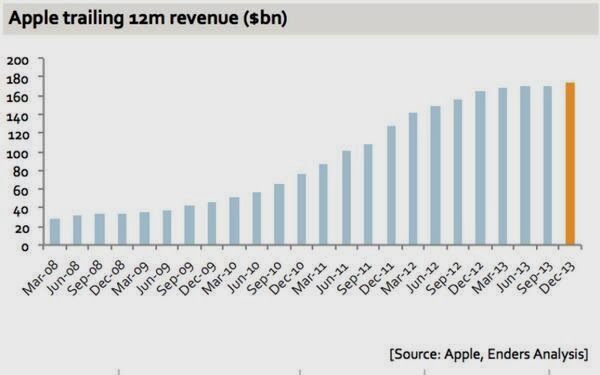 Throw in the fears expressed in the Samsung numbers last week (full write-up here) of higher competition as summarised in this key chart...

...and you have a share which will open up in US hours again much nearer the US$500 level again.

I currently don't have a position in Apple, but I have written about it twice.  One quarter ago, in late October - at a share price pretty close to US$500 - I wrote that:
﻿'the key with Apple, it is a luxury goods company.  Software is a key transmission mechanism for this and hence this is their focus... the Apple strategy is right...but just for them.  For most players in the tablet or smartphone markets it is about shifting units alone still'
This remains the case.  The key couple of charts (first cited here) are these ones showing Apple's focus on the higher margin speed... 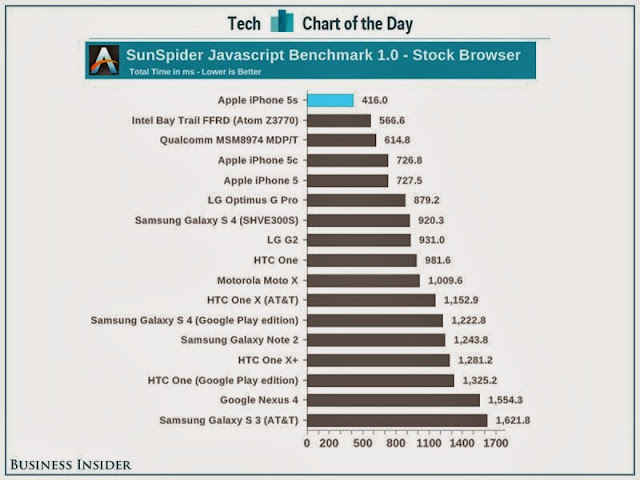 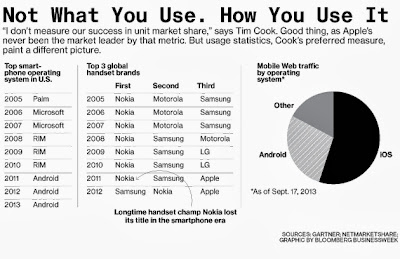 This is not a volume market...it is a value one.
Of course the market worries.  As I noted with Samsung, a mid single digit EV/ebit valuation (with 35% of the company's market cap in cash, albeit it 75% held offshore) is no barrier to volatility.  The share double bottomed at US$400 before Carl Icahn turned up on the scene.  From a current zero holding, I am looking to build a starter position sub US$500, adding to this each US$50.  The devices side is commoditising but speed is becoming more important.  Aligned with this, Apple needs to become a share that rewards shareholders not through a revenue/profits growth focus...but one much more biased to shareholder returns.  Given the aforementioned cash holding, they can afford it.
Posted by Chris Bailey at 07:07